In the installation, I use two „buzzwords“ that are in my opinion, both linked with sculpture.
„Unfassbar“ refers to the material, to the tangible or the intangible, and thereby tries to catch Tralala.
Tralala mimics the shape of a vibration. Sound, light and lasers consist of vibrations and have been in the 1960s incorporated as material into sculpture. At the same time Platonic love is symbolized.
The tension between two people that exists only as a vibration. 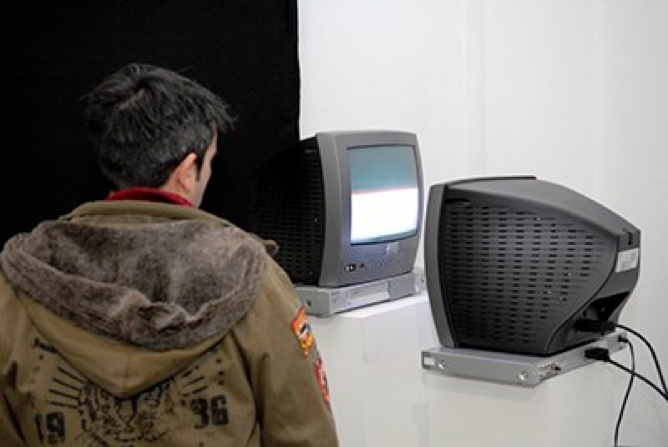